On Wednesday 11th March, six fire cadets took part in the Lancashire Group Under 18 Lecturette Competition at the University of Central Lancashire. 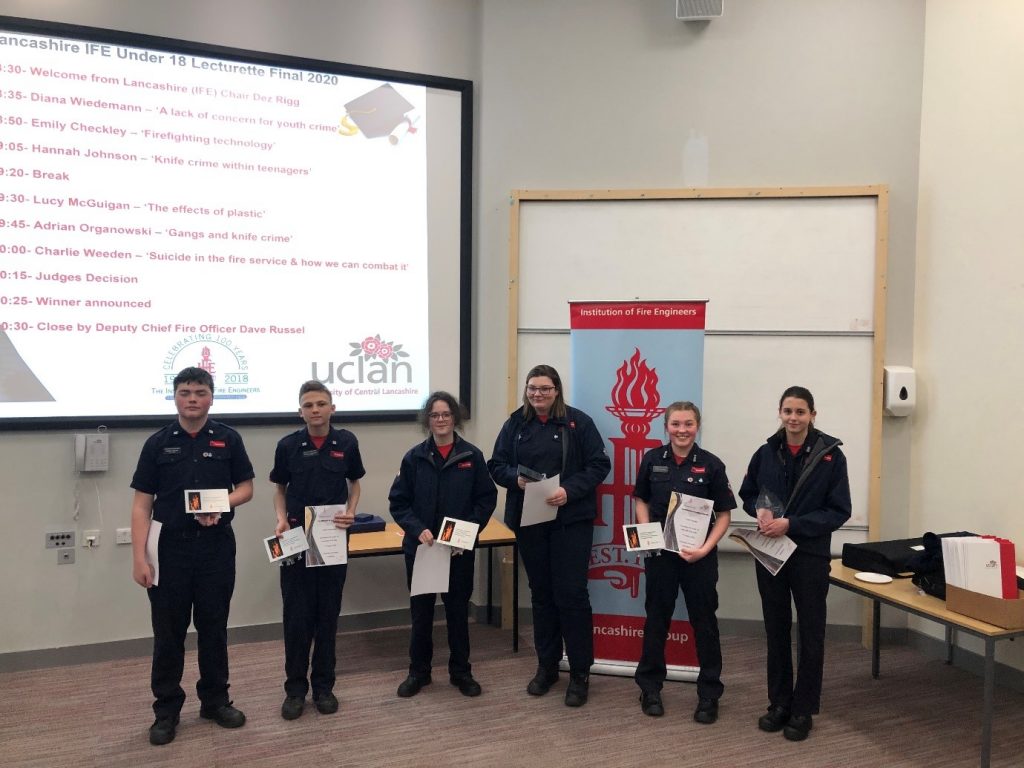 The six cadets delivered excellent presentations of a variety of subject matters, educating everyone in the audience

The cadet’s presented on the following subjects:

Diana Wiedemann – A lack of concern for Youth Crime

Lucy McGuigan – The effects of plastic 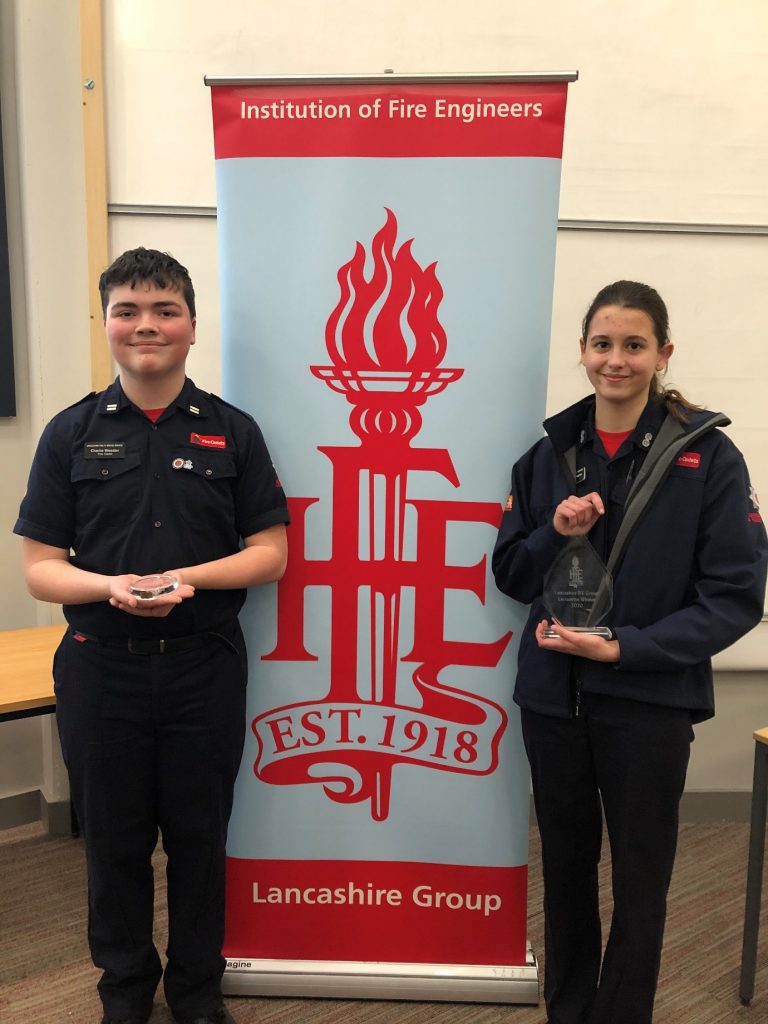 Charlie Weeden and Diana Wiedemann with their IFE prizes

Competition was fierce and the judges had an extremely difficult decision to make. The panel consisted of Lancashire’s Deputy Chief Fire Officer Dave Russel, Fire Cadet Co-Ordinator Beth Palmer and Shephard Ndlovu, Senior Lecturer in Fire Safety Engineering at UCLan. With fire cadets, volunteers and parents looking on, Dave Russel congratulated all cadets for their superb, professional delivery. The winner was announced as Diana Wiedemann and second place was awarded to Charlie Weeden.

Well done to all cadets who have taken part so far and good luck to all those competing at the regional final which will be held later this year.