The fire season has only just begun and fires burn across the country.

Calling for evacuations along the country’s south-eastern coast, officials said next the few days would be the worst yet in an already catastrophic fire season. 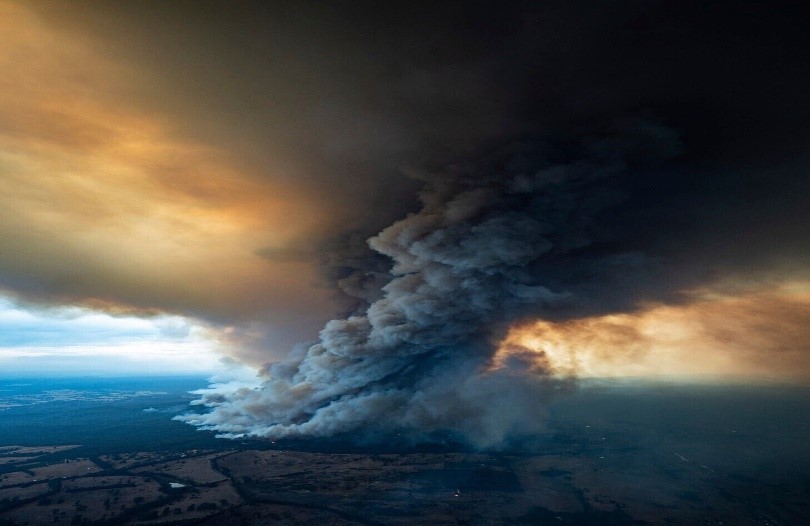 NSW issued a state of emergency as tens of thousands of holidaymakers were urged to leave national parks and remote tourist areas. The state of Victoria, the second most populous, has declared a state of disaster, allowing it to authorise the evacuation of areas along its eastern coast. 17 people were still missing as fires swept alpine resorts and the Gippsland area, home to lakes, mountains and farmland. The fires and smoke have choked cities with thick smoke, charring more than 1,000 houses, killing countless wild animals and scorching more than 4 million hectares (10 million acres) of bushland.

An Australian Navy ship arrived on Thursday 2nd January in the waters off Mallacoota, a town in Victoria, where about 4,000 people were stranded along the shore. Fires had cut off all escape routes on land, and heavy smoke ruled out helicopter rescues. 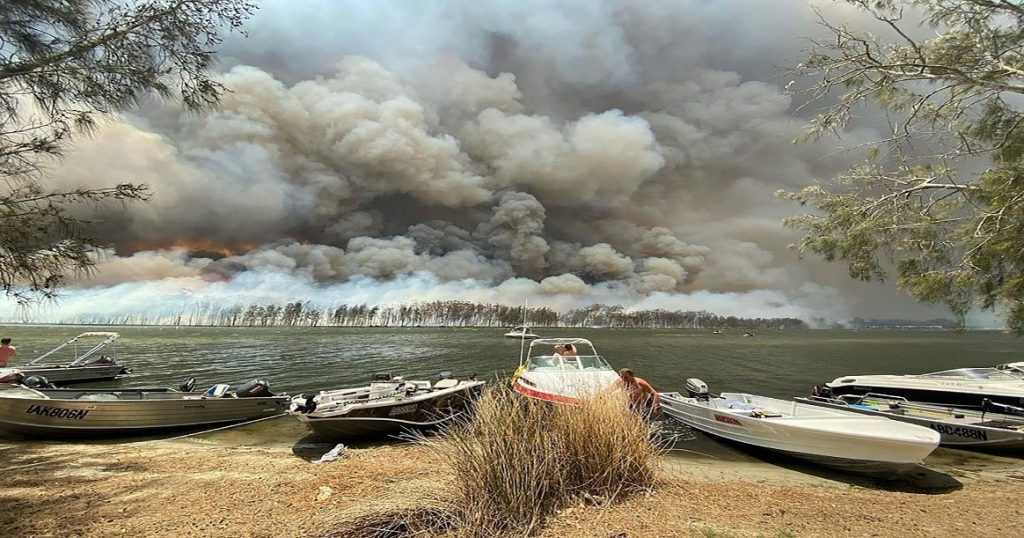 South Australians are bracing for another day of extreme fire danger, with emergency services warning three out-of-control bushfires could flare in the hot, windy conditions.

Temperatures in Adelaide are expected to reach 42ºC on Friday 3rd January, and several regional centres are predicted to top 45ºC.

Country Fire Service chief officer Mark Jones said the forecast was concerning because existing blazes are yet to be brought under control.

Bushfires are burning at Miltalie on the Eyre Peninsula, Keilira in the southeast and Ravine on Kangaroo Island covering Adelaide with an eerie smoke haze.

The Cudlee Creek bushfire that destroyed more than 80 homes in the Adelaide Hills last month had now been contained. 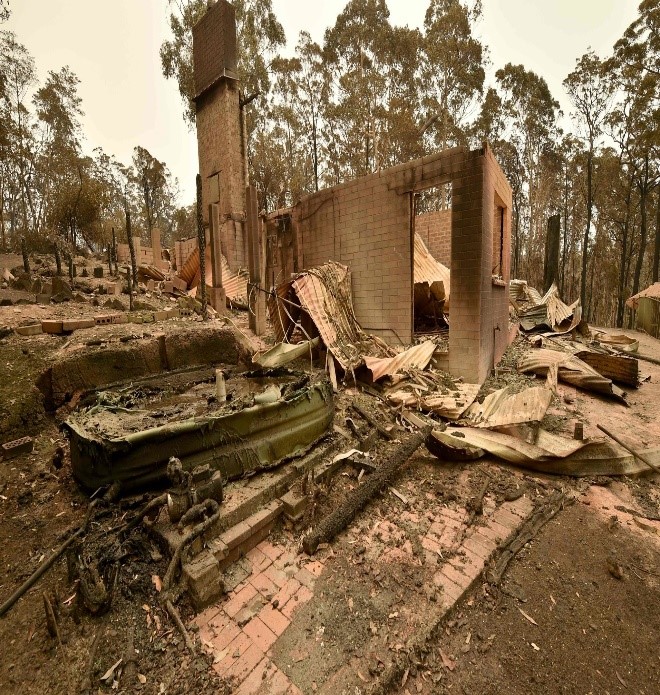 What is causing the fires?

As a severe heat wave gripped most of the country in mid-December, Australia recorded its hottest day on record, with average highs of 107.4ºF, or 41.9ºC and in Sydney, temperatures reached a high of 45.8ºC. The heat wave is continuing this week in south-eastern Australia, with temperatures expected to reach 105ºF in Canberra, the capital and temperatures of over 50ºC in country areas.

The extreme heat has followed the driest spring on record. Most of New South Wales and Queensland have been experiencing shortfalls in rain since early 2017. The drought has hit the country’s most productive agricultural areas, including some of those now ablaze.

The fires have burned across the country in recent months, affecting four out of six states. Australia’s east coast has been hardest hit. By early November, 1,500 firefighters were battling 70 fires in New South Wales, the south eastern state that includes Sydney.

Who is fighting the fires?

Tens of thousands of firefighters, the vast majority of them volunteers, have worked for weeks, sometimes putting in 12-hour days. The strain on the firefighters has raised questions about the country’s reliance on a volunteer force.

This week, as the fires caused widespread destruction, Australia deployed its military and called on its allies for help. The Australian Defence Force said on Tuesday that it would send Black Hawk and Chinook military helicopters, airplanes and naval ships to Victoria and New South Wales.

The government also asked the United States and Canada to provide water tanker aircraft. Canada has pledged to send more than 30 firefighters to help the Australians.