National Women in Engineering Day takes place on 23 June. In celebration of our many female members, the IFE takes a look back at the women who have been involved in the organisation since the beginning…

The excerpts below are taken from ‘The IFE’s First 90 Years’, a history compiled in 2008 from two previous publications detailing the IFE’s history and added to by the then chairman of the Board of Directors. 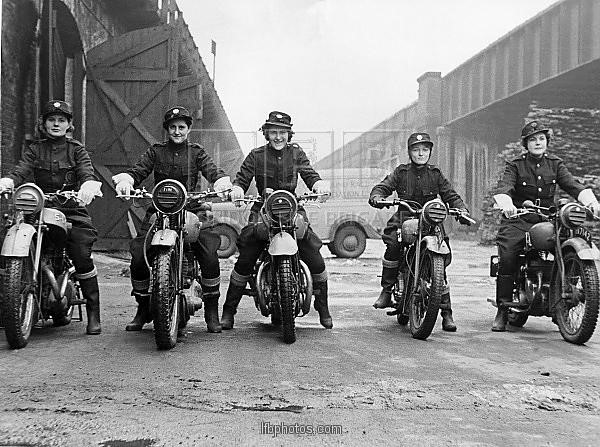 IFE salaries of £25 “covered three girl clerks working in their own spare time in the evenings and on Sundays”.

“By 1943 over 70,000 women had enrolled in the NFS in the United Kingdom.”  Many women were also rewarded for their achievements during this time. –  find out more at www.london-fire.gov.uk/fire-brigade-during-the-second-world-war.asp

“From this point until 1994, the history [of the IFE] has been updated by the General Secretary of the time, Mrs. C E Mackwood.”

“The Institution became a licensed body of the Engineering Council and Professor Rosemarie Ann Everton LLB (Hons) LLM PhD FIFireE was appointed to the Chair of Fire Law.”

“A monthly newsletter was launched to further improve communications. This newsletter is delivered by email to any member who signs up to receive it and keeps members up to date with the latest developments in the Institution and profession.”

The IFE Head Office is now staffed by a team of fourteen professional women, looking after three different departments in our permanent base in Stratford-upon-Avon.  In the past 98 years since the IFE’s beginning, women’s involvement has progressed from ‘three girl clerks’ to include, over time, two female Chief Executive Officers, several female branch representatives worldwide, and many high-status female members across every fire-related profession.  The IFE is proud to support its growing numbers of female members and is always ready to welcome more to this renowned, historic organisation.

As we approach our Centenary in 2018, we are actively seeking members to share their memories of the IFE and the fire industry over the years.  We are particularly interested in hearing from our female members, who may be able to indicate how the profession has changed over the past century in terms of inclusivity and equality.

For more information on ‘The IFE’s First 90 Years’, or if you are interested in sharing your story, please contact membership@ife.org.uk.